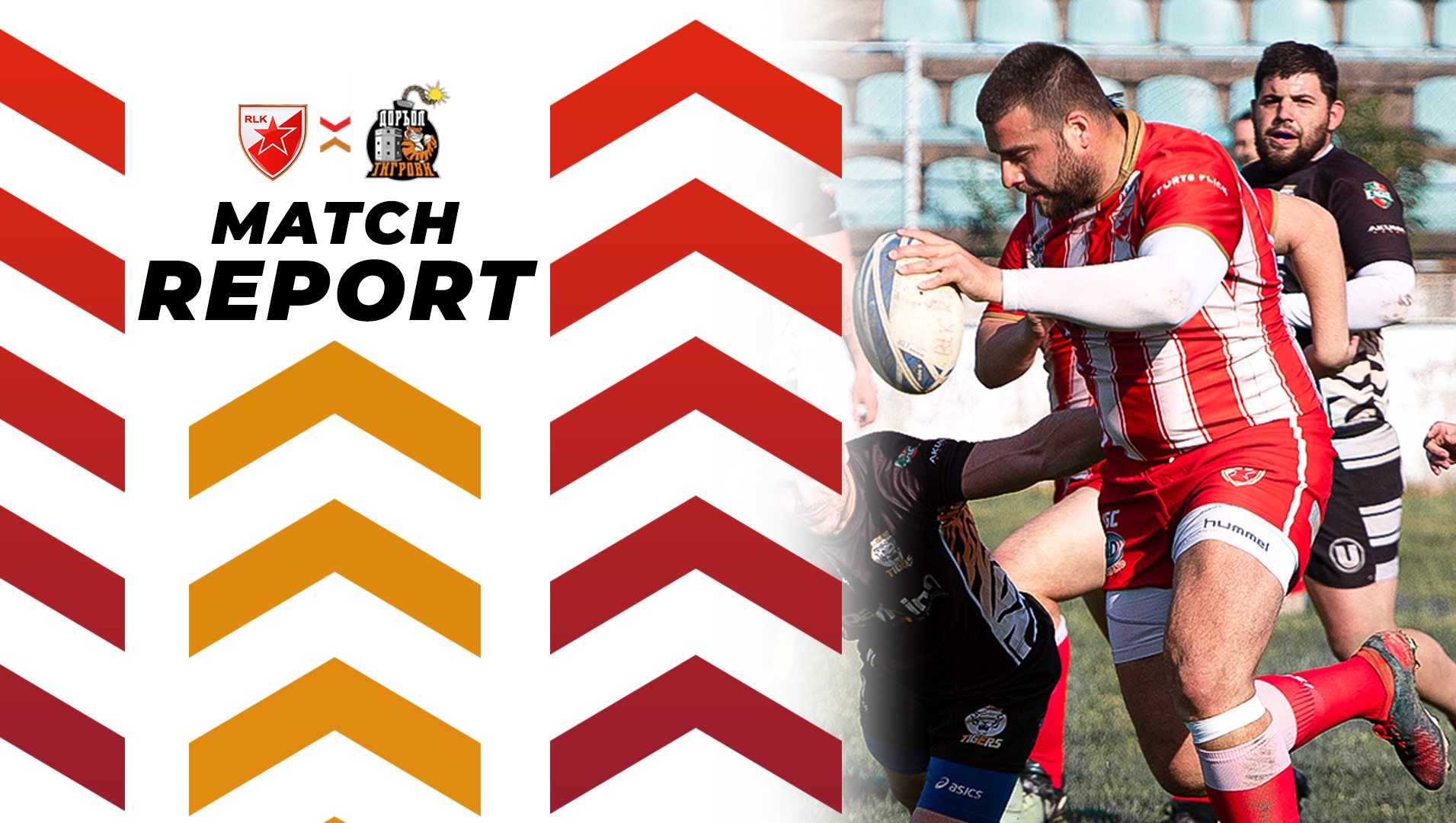 Red Star punished an early Dorcol Tigers error, an unforced knock on putting Red Star within 20 metres of the visitors line. Zvezda moved the ball from left to right through Nedeljkovic and Simpson who found Nikola Djuric free on the right edge to bump off the cover defender and score in the corner, Zogovic converting to put Red Star 6-0 up after 5 minutes.

Former Red Star halfback Stefan Nikolic levelled the scores just three minutes later. Nikolic dribbled the ball into the in-goal area, Milos Zogovic collecting the ball but having it stripped one on one and Nikolic grounding the ball under the sticks, Stefan Simovic converting.

Stefan Nedeljkovic showed his class in the 14th minute when breaks from Vuk Strbac and Fergus Simpson put Red Star in strong field position. The powerhouse playmaker stepping and dummying before breaking the line and fending off Mora the Tigers fullback. Vlada Dedic converted the try to give Red Star a 12-6 lead.

Zvezda went back to back with a penalty heavily contributing to the field position. The ball going to the right edge from Calic and Djuric gave the ball onto Denis Cengaj who charged for the corner to score for the home side, Dedic converting from the sideline.

The game descended into an arm wrestle before Red Star cracked the defensive line on the half hour mark, Fergus Simpson throwing a superb cut out pass to Denis Cengaj who drew the Dorcol winger in to release Miroslav Selimovski into the right corner to score, Dedic missing his first kick of the day to keep the score 22-6.

Stefan Simovic put Dorcol straight back into the game, Nikolic holding off the pass long enough to draw defenders and send the young forward over for a try. Stefan Simovic converted the try to make it 22-12 at the end of the first half.

Dorcol made the better start to the second half, Stefan Nikolic getting his second try of the game, the experienced playmaker spinning out of contact close to the line out of dummy half and planting the ball down, Stefan Simoivc pulling his attempt to the left.

Fergus Simpson grabbed his first try in Red Star colours, the young talented Scottish international collecting the ball on the last tackle before skipping and stepping his way to the try line from close range to restore the home side’s 10 point cushion, Dedic unable to convert the try making it 26-16.

Red Star looked to have broken the second half deadlock on the hour mark, A Stefan Nedlejkovic bomb bouncing in the in-goal area and Miroslav Selimovski grounding the ball but it was judged to have bounced on the touchline and the try chalked off.

Red Star minutes later would have their try, a knock on caused by big contact gave Zvezda the ball on the Dorcol 30 metre line. Two plays into the set of six a huge slide would allow Zogovic to offload to an unmarked Balsa Zarkovic on the left edge to send him into the corner for a try, Zogovic’s conversion just missing the right post.

Velibor Sreckovic grabbed a late consolation try for the visitors when he cut back inside and bumped and fended his way to the try line despite Red Star’s best efforts to keep the explosive back out, Stefan Simovic converting to end the game 30-22 to Red Star Belgrade RLC.