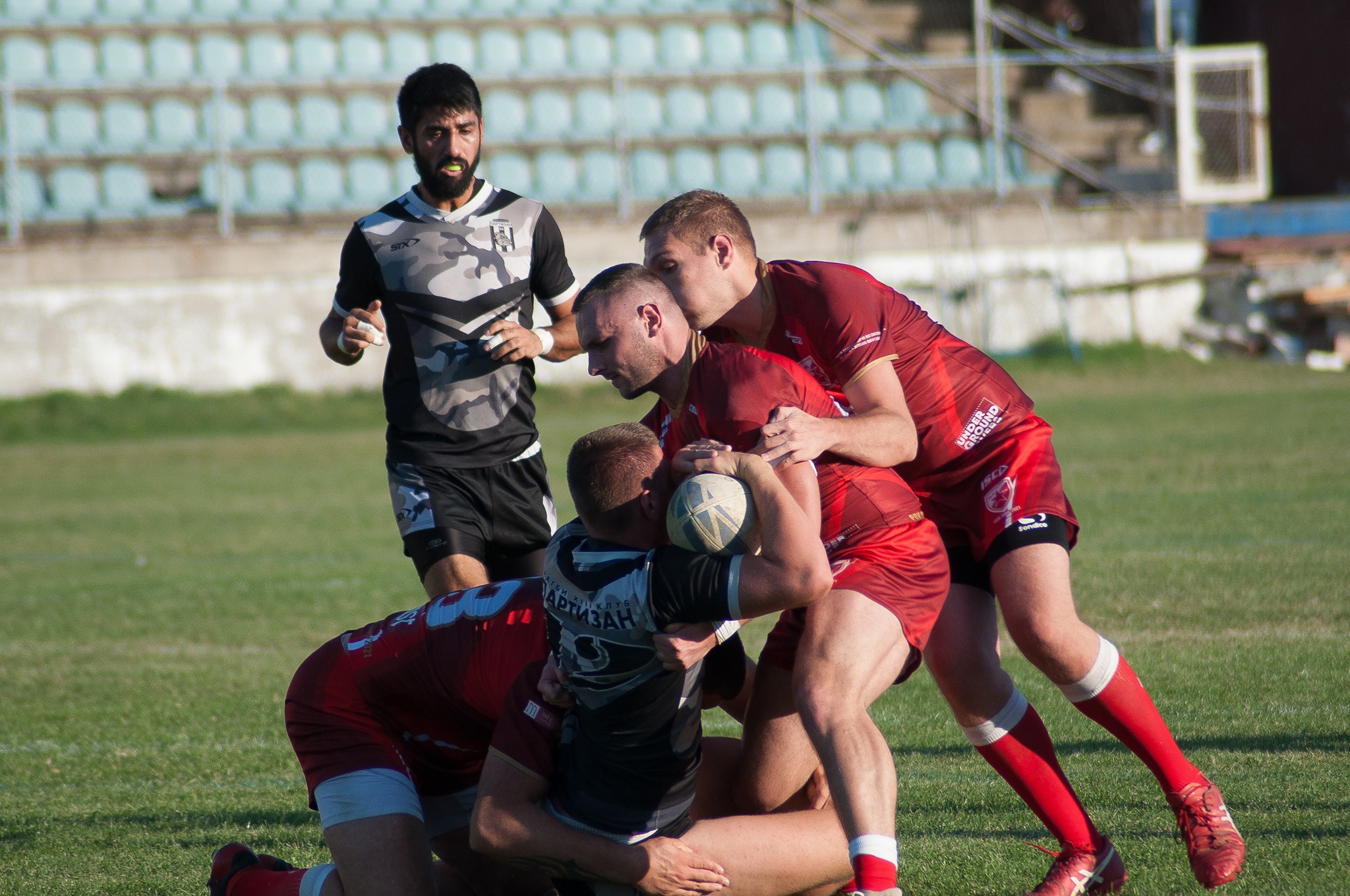 A cautious start from both sides opened a cagey and intense affair in Belgrade, Paritzan 1953 unbeaten in 2021 and beating Red Star on four occasions in the year were the favourites coming off an 88-18 win over Radnicki Nis the previous week. The home side went close in the early minutes but denied by Milos Zogovic, the Red Star fullback would then open the scoring in the 15th minute when a pass went to ground 15 metres out from the Partizan line. Zogovic the fastest to react before stepping past three defenders to score the game’s opening points, the conversion successful.

Both sides grew into the game and the intensity never let up, back to back penalties forced Red Star to defend their line at close quarters in the dying stages of the first half. Vlada Milutonovic attacked the line at speed before delivering a short ball to Strahinja Stojilkovic who bustled over from close range.
Red Star hit back immediately to regain the lead going into halftime, the influential Voja Dedic providing the spark from kick off when he found touch on the bounce and forced Partizan to defend a goal line drop out. Three tackles into the set Stefan Nedeljkovic took the line on before releasing Red Star academy product Marko Jedvic to power over from close range, Zogovic converting to send Red Star into the half 12-4 up.
Red Star broke the second half deadlock in the 15th minute, the returning Valentino Milovanovic going agonisingly close on the right edge before Red Star working back to the left, quick hands from Djordevic and Trifunovic sending Miodrag Tomic into the left corner untouched. Zogovic unable to convert.
The experienced spine of Red Star would make it back to back tries when Voja Dedic spun and fended out of would be tackles just over halfway, the Serbian international then freeing Milos Zogovic who sidestepped two defenders and somersaulted under the posts. Zogovic converted his own try to make it 22-4.
A penalty for a high shot would see Red Star in strong field position with 15 minutes to play and the cool head of Stefan Nedeljkovic would come to the fore, the skillful loose forward taking the ball at second receiver pumping once to create the space for Balsa Zarkovic, Zarkovic spinning to catch the ball then putting Trifunovic over in the left corner. The kick converted by Zogovic.
A sensational solo run from Voja Dedic 30 metres from the partizan line saw him break multiple tackles before freeing the arm to offload to his brother Vlada Dedic and him over for a try with ten minutes left to play, Zogovic on hand to add the extras once more to push the score out to 34-4.
Voja Dedic would cap off his return to Rugby League with the final try of the game. Milanovic supply the ball to Nedeljkovic who spun into contact and drove backwards before a one handed offload to Voja Dedic to cross next to the posts, Zogovic converting with as good as the last kick of the game.
Watch the full match here or the highlights here

Centre To Miss 2022 Season Through Injury