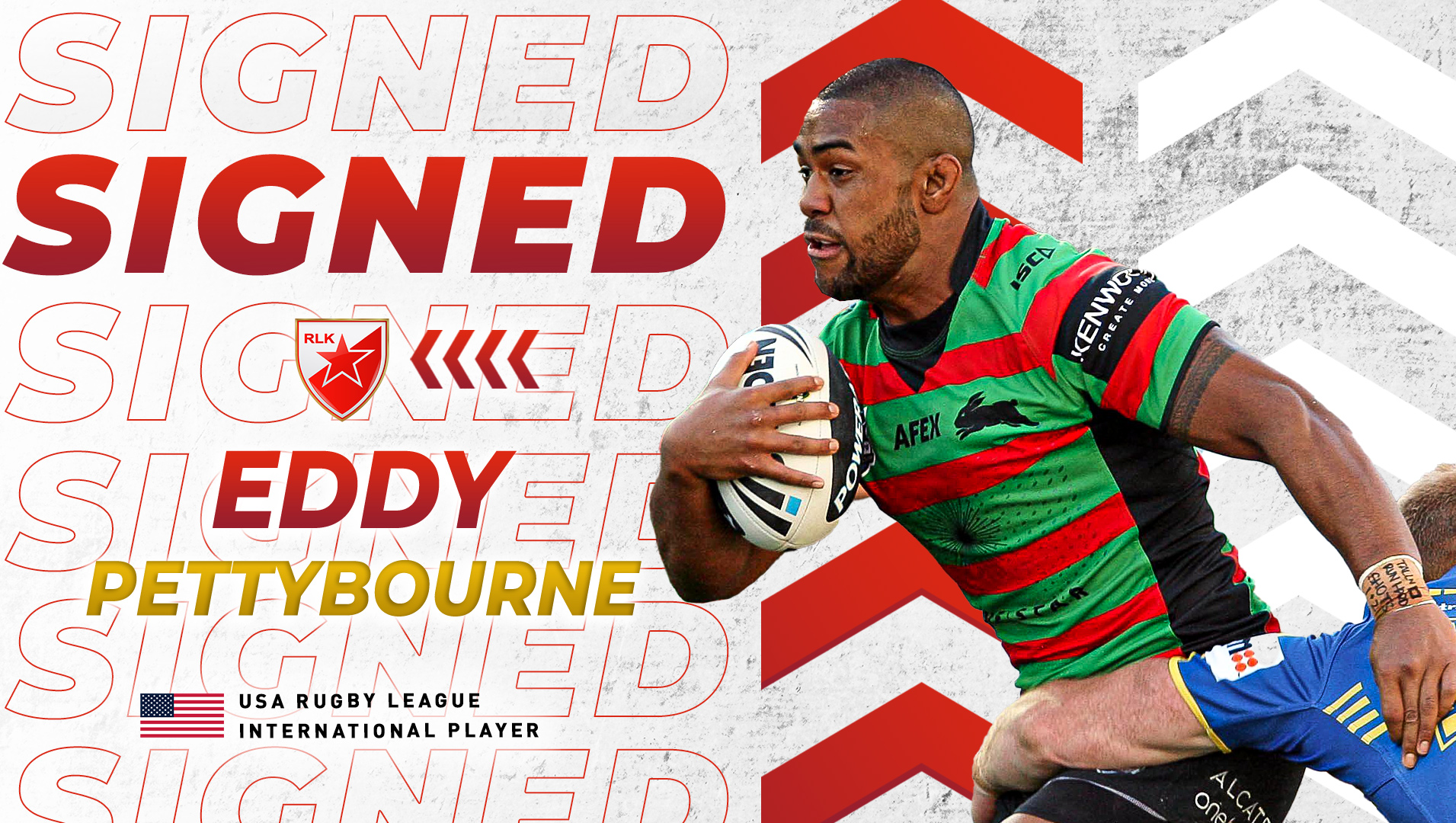 Red Star Belgrade RLC are pleased to announce the arrival of former Samoa and USA international Eddy Pettybourne for the remainder of the 2021 season.

Eddy Pettybourne brings a wealth of experience he brings with him to Serbia, featurning in over 120 first grade NRL and in excess of 25 appearances combined for the Wigan Warriors and Toulouse Olympique in Super League and Championship as well as one appearance for Samoa and seven appearances for the United States.

The powerhouse forward recently was named in South Sydney Rabbitohs team of the decade after amassing 91 appearances and scoring 13 tries between his debut in 2007 and 2012.

Pettybourne expressed his exciting in joining the club stating

“Very excited to be joining Red Star. It’s been a crazy few weeks but I’m feeling very honoured and ecstatic to be apart of a great club. I’ve heard a lot of great things about Red Star, the town and the amazing people.

Personally I feel very blessed to give back to a community passionate about rugby league & believe I can be of value both on & off the field. I know this club is growing & I’m grateful that I get the opportunity to partner in building and seeing this club grow and thrive. Looking forward to meeting the players, the staff and the people of Serbia. “

The Serbian season is currently on international break which allows Eddy to link up with the club in early July ahead of the season resumption in August.