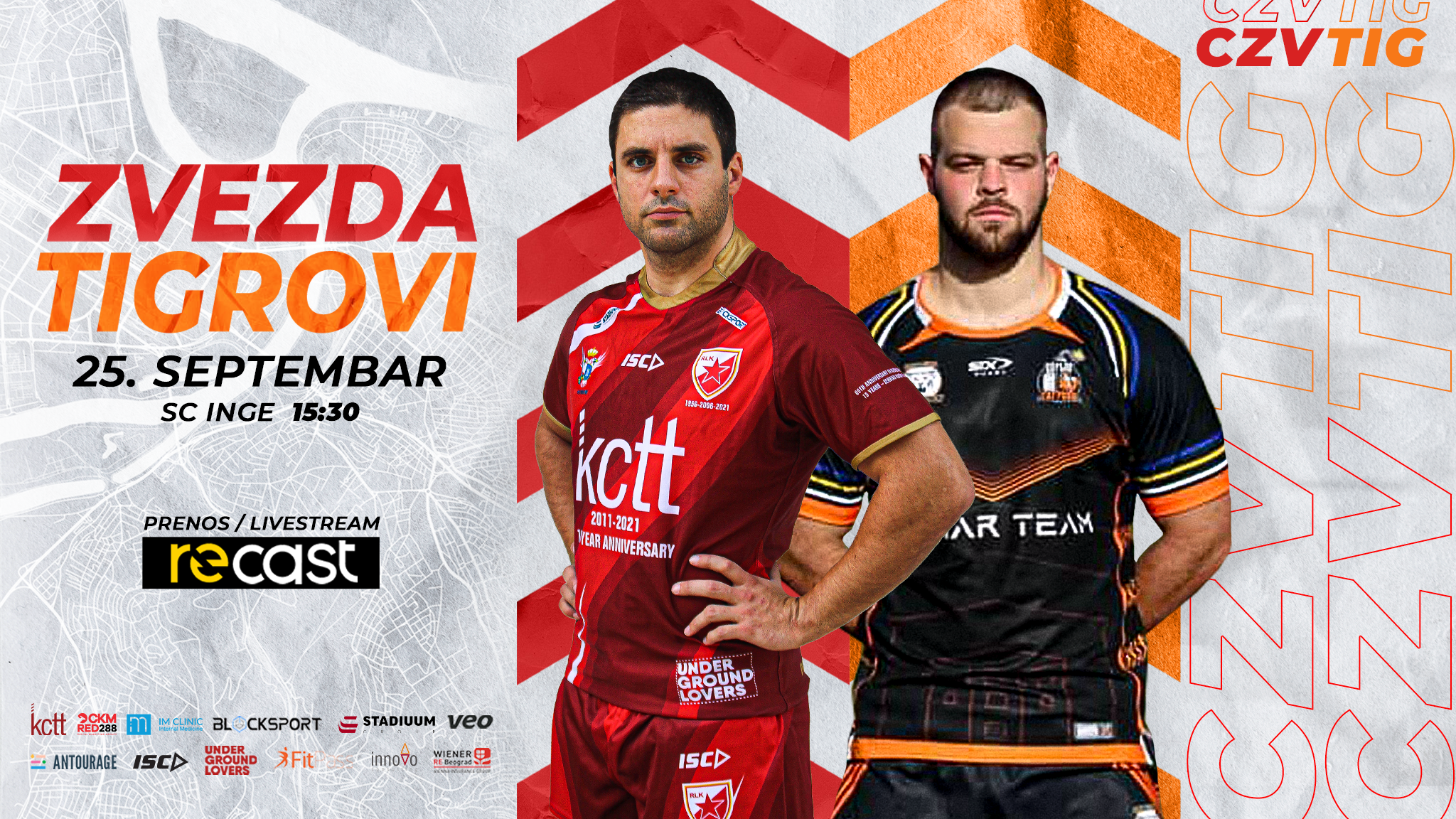 Red Star Belgrade RLK are back in action this weekend against rising sun team Dorcol Tigers.

Red Star Belgrade RLK return to action this weekend against the Dorcol Tigers, this game will be live, on demand and exclusive with our exciting new streaming partner Recast. Unrivalled access and insights into one of Europe’s fastest growing competitions will be offered with in depth analysis, previews and reviews.
The Tigers have been one of the surprise packages of 2021, running Zvezda close in Round Five of the tournament before fading away and losing out in a 32-20 loss, former Red Star man Velibor Srekovic grabbing tries against his old side.
The up and coming Simović brothers controlling the middle while being steered around the park by the experience of Stefan Nikolic and Niksa Unkovic, all supported by the son of Serbian legend Dalibor Vukanovic, Stefan showing shades of his father’s prowess.
Red Star will be without one of their star forwards in the form of Milos Calic who will serve the first of a two match ban. Zvezda will be feeling confident after a 40-4 win over bitter rivals Partizan last week under new head coach Eddy Pettybourne.
Watch the pre-match build up analysis here
Watch all the action here

Kosanovic Returns To Red Star After Two Seasons With Tigers